Hello my dear readers! Hope you have been doing good and had a fruitful weekend. I was away on a mini birthday vacation. It seems that I might not complete June 1-30 Challenge due to excessive work. Or maybe I would. However the goal of this is to have fun, try new things, get out of our comfort zones, and meet other bloggers!

Okay, today we are to write about an incident where we were either Lucky or Unlucky!

June 13, 1944. Prompted by the successful Allied Landing in Europe, Germany launched a V1 Flying Bomb attack on England. Luckily, only four of the bombs hit their targets.

Tell us about a time you were lucky. Or unlucky.

I actually wanted to write about this incident since a long time as it remains one of the most divine experience of my life. And today, I got a reason to.

Two months back, in mid March 2016, I was on a tour which was to end with an expedition on Mount Girnar. We had trekked for almost 15 days before that and camped in fields meanwhile. Mostly empty cotton fields.  The day before I reached the base of the mountain, I was pricked by a thorn in my foot. It had happened many a times during the trekking as we moved barefooted in the fields. But each time I would remove thorn with a tiny pair of forceps of my Swiss knife. I would carry my Swiss knife with me all the time to help others remove their thorns too, because most of them came unprepared. But that day, I could not remove my own. I cleaned my foot, sat in the sunlight and tried hard to see the thorn clearly. But, I failed. Even a lady helper with the accompanying doctor handed me a band-aid and told me that the thorn will come out on its own without glancing at my foot at all!

The day passed and we trekked towards the base of the mountain the next day. Next morning, just before reaching the final camping sight, a few of us stopped by a house to have our first glass of water of that day. We sat and rested for a while. That’s when I felt the thorn pricking again. So, I thought of trying again. I asked my fellow travelers to move on and that I’d take a while. The next moment I see a lady standing in front of me carrying a needle. She volunteered to help me. I showed her my pair of forceps. In response, she said three words, “I am a nurse.” God! I know you sent her or was it you?

With her experienced hands, she quickly worked her way to remove that thorn which had gone too deep to be removed by a layman. After she removed it, she did the dressing and said, “It will hurt for a while, but you will be fine.” Fine? I was more than that. I was exuberant. I shudder to imagine what would have happened, hadn’t she helped me. Not only I wouldn’t be able to complete my expedition for which I had put many thing on bate; I might have to go under some sort of surgery due to delay in medical help.

In the middle of nowhere, having no hope; I find something I needed the most.  What could I call such an incident? A sheer luck or a chance meeting with angel?

I remember your face, nurse! Your face was bright, with big sharp eyes. You wore a night gown because you had just woken up and doing morning chores. Your hair were bit unkempt. And you had pointed eyebrows. Had I seen you somewhere else, your face might be lost in thousands of others. But I will never. You are a nurse on duty and off duty too! I salute you! 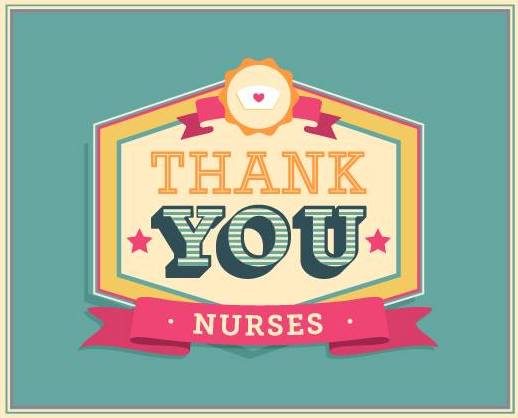 23 thoughts on “A chance meeting with an Angel”